Memoirs: Nearly 6 Decades of Ups and Downs in Leading Changes

My first memory of really learning about leading and leading change came as a young 20 year old, US Army enlisted soldier. I had been “promoted” to leader of my group, a platoon of other young recruits, 32 of us in all, in 4 squads. I rode them hard, we were preparing for war (in 1966) and I was convinced it was up to me to teach them what they needed to survive, even though I had no more experience of war than they did.

One evening, several of my platoon (friends) and I, were allowed off base to grab a beer or two. When we returned to the barracks, my bunk, locker, clothes and equipment were piled up in the street, in front of our quarters. My immediate reaction was anger, the “audacity” of someone to do this to me, behind my back, while I was away, a matter or 2-3 hours, at best. My colleagues, friends, consoled me. My reaction was to get all 32 of them in the street and confront them, how dare they!? Who did this? How could I punish them?

After what seemed like an eternity, my platoon friends got me calmed down and got me to reflect. Why had those who did this, taken such drastic action? What were they trying to say, beyond the obvious, “you are not welcome in our tent.” What was the message, how should I handle this test. As a “leader” I wanted to find and prosecute the people responsible. At minimum, I wanted to confront my accusers.

We took my things back into the barracks and turned out the lights. As you can imagine, I did not sleep.

The next morning at roll-call, our version of the morning circle, or huddle, I mentioned my experience. What I had found when we returned. I thanked those who had taken the action, to get my attention. I committed to no retaliation. I let them know what I thought it meant, how I was interpreting their message. I would do better, I would not expect less, but I would let up some, and I would do better. I offered to sit with and listen to those who had sent the message, individually or collectively. I talked about the unit being the best in the company, about all of us coming back home, whenever it was over for us. And I let them go on about their business.

Days later several in the platoon came and thanked me, for not punishing the whole for the few, for acknowledging I did not have any more answers than they did. We were awarded the best in class, we all came home. These guys, who sent me the message that night, I owe them a lot. They taught me so much in one simple action…I have taken it with me wherever I go

In this series we will explore some principles of leading changed that I have learned, over and over again, in the nearly 6 decades of doing this work.

In each decade, beginning in the 1960’s, I will highlight a story. I will share a client challenge, what we did, how it turned out and what we/I learned along the way. We will talk about leadership, resistance, readiness (hint, the client is never ready for what actually emerges!), and the journey.

My goal is to change the way you think about change. To push your comfort zones, challenge your premises and beliefs.

Who should join us

Add to basket the whole series for just EUR 49 + VAT

The 1960’s Vietnam and Rice Paddies

Story: Platoon leader, in over his head, on a steep learning curve.

The 1970’s Carrying the Bags of Mentors

The 1980’s The Customer is King/Queen

Story: 1 half the time, 2 thirds the cost. Corning Glass Works

The 1990’s, Engaging the Whole to Decide for themselves

Story: Business as an agent for global good.

I am learning tremendously from the presentations, I want to hear even more from Paul, Pete and Stu, we are just scratching the surface! and the discussions are very interesting too because of the range of experiences and perspectives.
I've enjoyed all the episodes attended so far. Each one builds on the next, but could be attended individually and still make sense. The facilitators work well together and Emanuele's hosting is excellent. There's also lots of audience participation, plus the topics discussed are relevant and practical 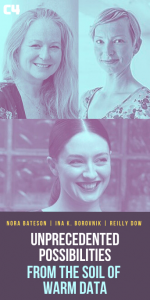 Unprecedented possibilities from the soil of warm data 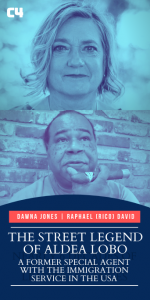 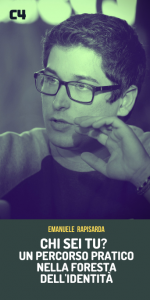 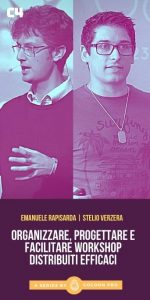